Zika reminds us that malaria isn’t the only vector threat 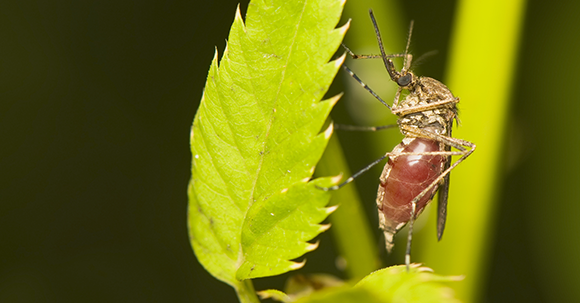 Despite great strides in the fight against malaria, we must remain vigilant against lesser-known mosquito-borne diseases, taking pre-emptive action before it’s too late

Zika has dominated global headlines in recent weeks, with thousands of cases reported across Central and South America and infections appearing in Europe, the United States and further afield almost every day.

First isolated in Uganda’s Zika Forest in 1947, the disease remained a minor concern for over half a century. With cases limited to the equatorial belt between Africa and Asia and symptoms believed to be mild, Zika was eclipsed by the much greater threat of malaria and a handful of other headline-grabbing viruses.

What has shocked the world is how quickly Zika has spread in just two years, bringing with it a previously undetected danger to pregnant women and suspected link to microcephaly in foetuses. Brazil has so far been the worst affected, with reports of nearly 4,000 babies born with the neurological disease since October, compared to fewer than 150 cases the previous year[1], a staggering increase even if apparently new guidelines for diagnosing cases of microcephaly have recently changed.

This has caused alarm for those travelling to Zika hit areas, with particular concerns around the Olympics in Rio de Janeiro, which will see thousands of athletes and spectators heading to Brazil from all corners of the world.

Elsewhere, researchers have found that the virus can be passed through sexual contact[2] and even potentially through kissing, due to traces of the virus found in saliva[3]. This raises additional fears in countries usually unaffected by mosquito-borne diseases, as it could further fuel its spread around the world.

With little understanding of the disease and no vaccine yet available, researchers are scrambling to catch up with the pandemic, in a race to reduce infection, transmission and allay public concerns. This could take some time; The World Health Organization has said that possible Zika vaccines are at least 18 months away from large-scale trials[4], while WHO chief Margaret Chan warned that we must expect the situation to ‘get worse before it gets better’ during her recent visit to Brazil[5].

The Brazilian Ministry of Health should be applauded for its quick mobilisation of resources through the ZikaZero campaign, which aims to educate the population on minimising the threat from mosquitoes. WHO has also responded swiftly, with representatives travelling to Brazil to meet with president Dilma Rouseff and other top officials, as well as visiting the epicentre of the virus in Recife to assess the situation. Both organisations have embodied the flexible and dynamic approach needed to overcome mosquito borne diseases around the world.

But we have to ask ourselves why Zika has caught public health authorities and the vector control community so off-guard, with little knowledge of its transmission, effects and no treatments or potential vaccines available. We know that viruses can morph and evolve over time, making them a greater threat than previously thought. We therefore need to take these diseases more seriously, investing more time and money in understanding them. This will help ensure we can be proactive rather than reactive if the threat increases in the future.

For now, in the absence of a one stop solution to Zika, the best ways to prevent infection and transmission are to reduce the prevalence of mosquitoes in populated areas and minimise mosquito bites. To do this, education of local populations is crucial so that they know to avoid standing water and understand the role of traditional vector control interventions such as bed nets, space sprays and larvicides.

Health organizations consider Long-Lasting Insecticide Nets (LLINs) to be the most effective way of preventing mosquito-borne viruses in endemic areas[6]., by simply preventing bites and killing mosquitoes. As the Zika virus is spread by the day biting aedes mosquito, long lasting nets are particularly useful for those resting or sleeping during the day e.g. pregnant women or infants. Meanwhile, space sprays and larvicides help control vector populations through killing adults or preventing larvae from developing.

The global vector control community should be rightly proud of the progress made in the fight against malaria, but we must never forget that lesser-known mosquito borne diseases also pose a real, different yet continued threat. The technology available today should be accessible to those affected by any of the hundreds of mosquito-borne diseases around the world. It is our job as part of the prevention community to educate and raise awareness amongst these populations, giving them the power to protect their own health and prevent the spread of infection.

To find out more about Zika and how nets, space sprays and larvicides can help stem the spread of this and other mosquito borne diseases, please visit :