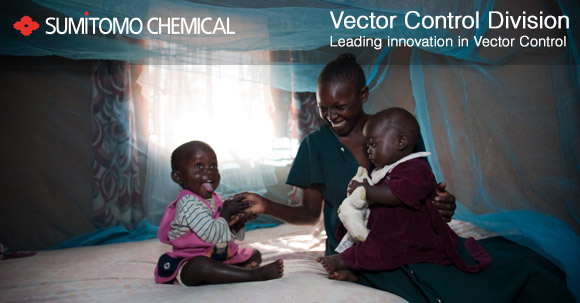 As some of you will recall, Sumitomo Chemical marked the South Africa-hosted 2010 World Cup Finals by producing a series of public service announcements (PSA) highlighting the war against malaria in sub-Saharan Africa. Our ‘Footballers vs Malaria’ films, which were broadcast throughout Africa before and during the World Cup, featured some of the continent’s football stars advocating the use of long-lasting insecticide treated bed nets – here’s the link https://www.sumivector.com/palufoot-psa

The football-based PSAs had great impact: advocacy programs like this are vital in helping to raise awareness of the dangers of malaria. There’s no question that, four years on, we’ve made significant progress in malaria prevention, but we still have a long way to go. The World Cup tournament is on a different continent this time, but malaria remains universal: the disease and dengue fever – both transmitted by mosquitoes – are also endemic in Brazil and other tropical South American countries.

Sumitomo Chemical remains committed to producing the most effective weapons against malaria and dengue: our long-lasting Olyset® Net brand, our larvicide, SumiLarv®, and our space spray, SumiPro™, are combining to save hundreds of thousands of lives every year. And we’re searching constantly for ways to improve our products. For example, with increasing insecticide resistance reported in over 60 endemic countries, we’ve just launched Olyset® Plus – our ‘2nd generation’ bed net. Independent trials of Olyset Plus show clear evidence of added efficiency against pyrethroid resistant mosquitoes. 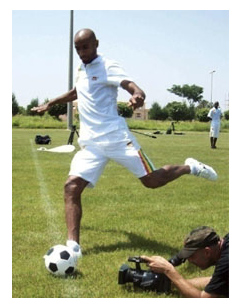 With this steadfast commitment, I’m sure we’ll be even closer to eliminating malaria by the next FIFA World Cup in 2018. Enjoy the World Cup!