WHO confirms no link between pyriproxyfen and microcephaly 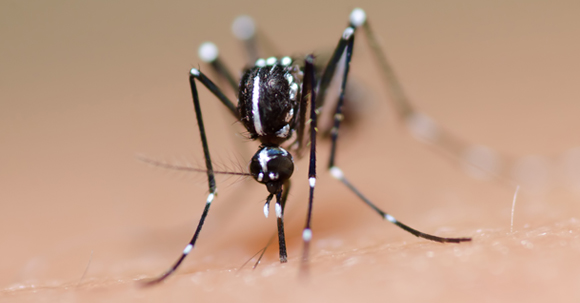 A team of WHO scientists recently reviewed data on the toxicology of pyriproxyfen, one of 12 larvicides that WHO recommends to reduce mosquito populations. It found no evidence that the larvicide affects the course of pregnancy or the development of a fetus. The US Environmental Protection Agency and EU investigators reached a similar conclusion when they carried out a separate review of the product.

Larvicides are an important weapon in the public health practitioner’s arsenal. Especially in cities and towns with no piped water, people tend to store drinking water in outdoor containers. These sources of water, as well as standing water that may collect in garbage, flower pots and tyres, serve as ideal breeding grounds for mosquitoes.

Larvicides such as pyriproxyfen are often used in containers where people store water to kill the mosquito in its larval stage. When people drink water from containers that have been treated with pyriproxyfen, they are exposed to the larvicide – but in tiny amounts that do not harm their health. Moreover, 90% – 95% of any larvicide ingested is excreted into the urine within 48 hours. This product has been used since the late-1990s without being linked to microcephaly.

WHO – Dispelling rumours around Zika and complications