The clock is ticking, insecticide resistance is growing, why aren’t we using second generation nets? 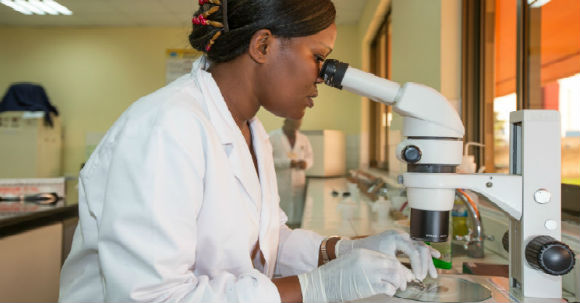 As in previous years, the 2014 Financial Times Special Report on malaria prevention contains the usual mixture of encouraging news and warnings against complacency. Malaria prevention programs have had a major impact: deaths have fallen by 42% since 2000 and incidence of the disease is down by a quarter. But the war is far from over – approximately 650,000 people died from malaria in 2012.

The work goes on to develop a cost-effective vaccine, but until that breakthrough occurs the objective must be to ensure that vulnerable communities are protected by insecticide-based products, principally long-lasting bed nets. And the results are impressive: the incidence of malaria is reduced dramatically when people have access to bed nets: ongoing programs in Africa and the Far East are saving hundreds of thousands of lives every year.

However, as the FT Report notes,tackling insect-borne diseases via insecticides has its limitations: successive generations of insects tend to develop resistance to the chemicals designed to kill them, and this resistance is encouraged when the insect is confronted by a single type of active ingredient time and again over a prolonged period. This is certainly true with regard to nets either coated or impregnated with pyrethroid-based insecticide – the only class of insecticide currently recommended by the World Health Organisation for use on bed nets.

But although resistance is increasing – to date it has been reported in over 60 endemic countries – thankfully, at present in most localities, insecticide resistance has not yet rendered ‘first generation’ nets ineffective. That said manufacturers have introduced innovative ‘second generation’ products which directly address the resistance issue. For example, extensive independent trials of Sumitomo Chemical’s ‘Olyset Plus’ net (with contains the synergist – piperonyl butoxide), show clear evidence of added efficacy against resistant mosquitoes.

Net manufacturers and the donor community (the Global Fund, NGOs and individual country programs) need to be in sync with regard to understanding resistance issues. Resistance – as a dynamic and ‘real time’ problem – does not obey donor funding or procurement cycles. Manufacturers have been quick to act by devising new products; the donor community need to acknowledge the immediacy of resistance by employing these new products sooner rather than later. This should be done in parallel with countries continuing to monitor, as a routine measure, insecticide resistance on the ground.

More sophisticated products are, of course, more costly (per unit) than their predecessors: manufacturers have incurred significant R&D and production costs in bringing them to market. Clearly net procurement needs to be conducted in a suitably prudent fashion: aid donors must be assured that funds are used wisely and cost-effectively. But we would argue that the current commoditisation of net procurement – with procurers settling for the cheapest option – is a false economy as it ignores the very real and growing threat of resistance. In short, more lives will be saved more quickly if donors respond positively to net manufacturers’ efforts to combat resistance.