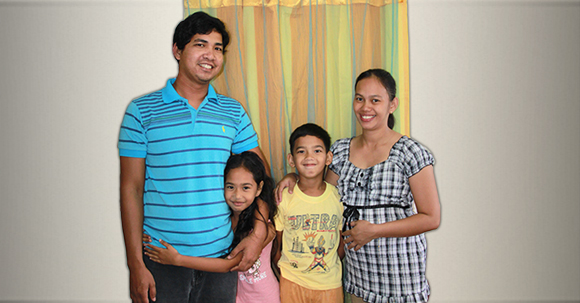 For years, CBNC has implemented a variety of approaches to combat mosquito-borne disease and illness, such as the sanitization of mosquito-breeding resources, the distribution of mosquito-catcher / trap devices and advocacy campaigns to local community members, all with varying degrees of success. In the meantime, through a number of trials seeking the most effective solution, SMM has selected Olyset® Net for use by local community members, hospitals, schools and other institutions. According to the result of the field user test conducted earlier by SMM, Olyset® Net had exhibited the greatest efficacy among all the interventions tested and received the best feedback from the users, valuing its ventilation and durability highly.

Olyset® Nets will be provided in the form of a bed net and also a ‘Do-It-Yourself’ net roll. The net roll is to be locally stitched into curtains and window screens, and fixed to the residences by members of the local community. This CSR initiative will enable SMM and CBNC to enhance their fight against such diseases as malaria and dengue fever and in this way contribute to a better livelihood for the local community members.

By aspiring to create valuable products for society, SCC will pursue unabated efforts to protect as many people as possible from threat of the disease in collaboration with the industries and NGOs.

Olyset® Net: is a malaria prevention mosquito net made of insecticide incorporated polyethylene fiber. The net is washable, durable and its efficacy lasts up to more than five years since the insecticide used gradually migrates to the surface. It is also an economical and effective means of protecting people from the mosquitoes that transmit malaria.

In 2001, World Health Organization (WHO) first in the world fully recommended use of Olyset® Net as a long lasting insecticidal net.

Dengue carrying mosquitoes are likely to be active during day time and WHO recommends use of long lasting insecticidal materials for window screens and curtains.