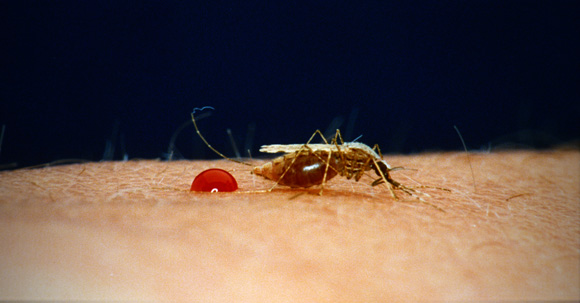 Malaria control and the goals for elimination are part of a key strategic plan by WHO and the global community. Huge gains have been made in the last 10 years, and many of these gains have been made through controlling malaria vectors by the implementation of Long Lasting Insecticidal Nets (LLINs) and Indoor Residual Spraying (IRS).

The vector species of mosquitoes transmitting malaria have evolved resistance mechanisms to these insecticides which means that in many countries products are now failing and malaria incidence is at risk of increasing.

WHO recognised this and in 2012 launched its Global Plan for Insecticide Resistance (in malaria vectors) or GPIRM.

In addition, the Insecticide Resistance Action Committee (IRAC) recognises the lack of pro-active rotation. `When an insecticide is still effective in preventing disease transmission, it is difficult to convince health programmes to replace it… However, the consequences of not being proactive in resistance management are likely to be much more costly over the long term and potentially catastrophic`.

So what can we do about this problem? The key is often rotation of insecticides so that levels of resistance do not reach control failure levels. There are cost and logistic implications which are proving to be barriers to implementation in some countries. However the global malaria community must face up to the problem.

Currently pyrethroids are the only class of insecticides safe enough to put on LLINs as they are in close proximity to people, especially children and pregnant mothers.

One of the main mechanisms of resistance is metabolic where the mosquito over-expresses enzymes which breakdown the insecticide. This can be blocked using a synergist piperonyl butoxide (PBO) and Sumitomo Chemical has already launched a LLIN containing permethrin and PBO on all 5 surfaces (Olyset Plus®) which has proven far more effective in areas of resistance. We have also developed a third generation net (Olyset Duo®) containing a novel Insect Growth Regulator (IGR) which is undergoing evaluation in WHOPES.  However such technology comes at a cost and many donors and countries are reluctant to spend the additional money to implement these new nets and so remain with mono therapy nets which continue to select for resistance genes in mosquitoes.

Mainstream industry has been pro-active in developing new tools but at present most of them have yet to be seriously implemented which does not provide incentives for the leading companies to continue investing in this sector.

In IRS countries there have been more options with four classes of insecticide available and more recently an organophosphate was re-introduced which has been effective, however resistance to this has already appeared in some countries which means resistance to all four classes appears to varying degrees in different counties depending on their history of usage.

Sumitomo recognised the problem and has a completely new product (SumiShield®) which contains a class of insecticide previously not used in vector control. Tests show effective control of resistant insects along with long residuality on surfaces. The product is currently under evaluation by WHO.

The vector control community has also largely forgotten larviciding which offers several different active ingredients not found in LLINs or IRS:  this method of control should be re-integrated into many programmes.

So, to conclude, the importance of insecticide resistance must be fully recognised and tools to combat it properly valued by the stakeholder community and especially by donors.  This will create an environment where these tools and management strategies can be developed and implemented as rapidly as resistance is spreading – or we put at risk the wonderful yet fragile gains we have made.