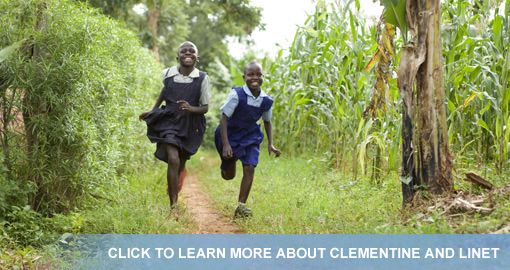 At the Millennium Promise Partners’ Meeting in New York today, Sumitomo Chemical announced it will make a new donation of Olyset® Nets to every Millennium Village in Africa in 2010 – 2011 — a total of 400,000 nets, worth more than 2 million dollars. 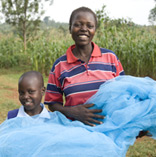 “The leadership of Sumitomo Chemical has been unparalleled. Through its ingenious manufacturing techniques, Sumitomo Chemical’s engineers made the breakthrough that gave the world long-lasting insecticide-treated nets, a crucial advance on the path to malaria control. Then through visionary leadership, Sumitomo Chemical championed the rapid uptake of those nets, through remarkable initiatives to license and produce the nets in Africa, through a bold scaling up of global production, and through great corporate philanthropy, such as Sumitomo Chemical’s remarkable leadership from the very start of the Millennium Villages Project,” said Professor Jeffrey D. Sachs, Director of the Earth Institute at Columbia University. “This remarkable and creative leadership has put Sumitomo Chemical in the very forefront of the global campaign against malaria, and has earned the company deeply deserved global praise and recognition.”

“The Millennium Development Goals are closely connected with one another. And because the Goals are so intertwined, making progress in one goal can have a positive impact on progress in other goals, and investing in more than one goal can bring about multiplying, synergistic effects,” said Hiromasa Yonekura, Chairman of Sumitomo Chemical.

“The Millennium Development Goals are not abstractions, or mere numbers and statistics; they are about real lives being transformed by our shared efforts,” he added. “With only five years remaining until the 2015 MDGs deadline, now is the time to step up our efforts and accelerate the pace of change.”

We at Sumitomo Chemical remain strongly committed to contribute to improving public health and building better lives for the people around the world in every way we can. And we are honored to continue to be part of the global effort to achieve the Millennium Development Goals. 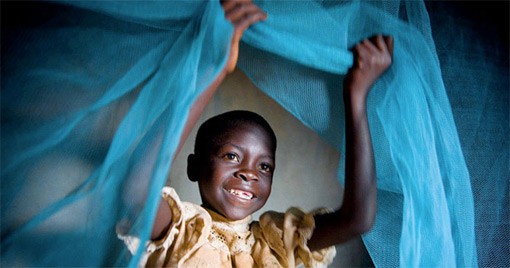