Olyset Nets On The Islands

Island situations are at the forefront of determining feasibility and strategies for malaria elimination. Sumitomo Chemical is proud to be involved in projects aiming at malaria elimination in the Comoros Islands, São Tomé e Príncipe and Zanzibar. 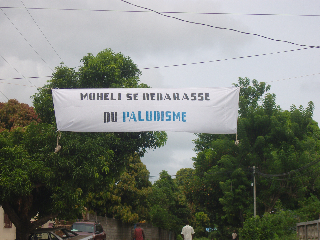 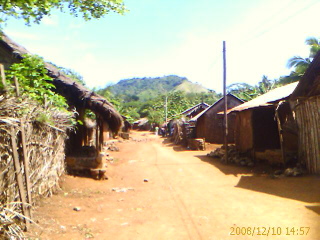 An ambitious mass drug administration pilot project aiming at malaria elimination on the island of Mohéli was carried out by the Federation of the Comoros in 2008. In a key step to safeguard the reductions in malaria endemicity that had already been achieved on Mohéli by this project, Sumitomo Chemical recently donated 20,000 Olyset nets, sufficient to provide universal coverage for all the inhabitants of Mohéli.

The  Olyset nets arrived at Moroni in the Comoros Islands in December 2008, and were then shipped to Mohéli where they were distributed. There the nets were graciously received in an official PNLP ceremony attended by the President of the Comoros Islands Ahmed Abdallah Mohamed Sambi, as well as the honourable Minister of Health, Bouchrati Abdoulhalim. Many additional high ranking officials from the Ministry of Health, local leaders and village chiefs of Mohéli also took part in the ceremony with great enthusiasm.

In 2005, the two islands of São Tomé and Príncipe, which lie off the western equatorial coast of Africa approximately 150 miles from the Gabon coast, began an initiative aimed at reducing malaria-related mortality to zero.  The program included mass coverage with indoor residual spraying (IRS), long lasting insecticidal nets (LLINs – predominantly Olyset nets)  and ACT drug administration. At the end of 2007, three years after interventions began, malaria deaths had decreased by more than 95% in all age groups. Mean prevalence of parasites in people’s blood was also significantly reduced to 2.1% after two rounds of spraying from  a baseline prevalence of 30.5%. These dramatic reductions in malaria morbidity and mortality now enable serious consideration of new strategies aimed at completely interrupting transmission on these islands. Evidence of the program’s impact and the feasibility of and potential strategies for eliminating malaria from São Tomé e Príncipe are presented in the American Journal of Tropical Medicine.

Similar encouraging results have been obtained on the island of Zanzibar, which lies off the East Coast of Africa near the Tanzanian mainland. Here, the combination of ACT drug administration introduced in 2003 and scale-up with intensive distribution of over 230,000 Olyset nets in combination with IRS and IPT in 2006 has caused dramatic reductions in malaria morbidity and mortality – with a 10-fold decrease in  P.falciparum prevalence being noted between 2005 and 2006 following the Olyset net distribution.