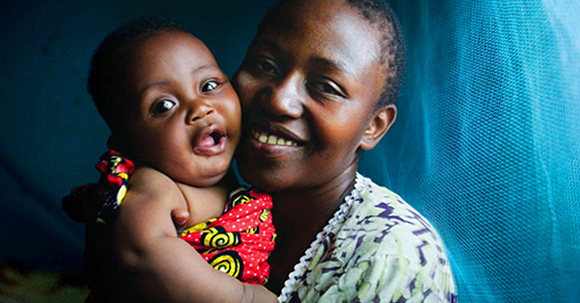 May 2015 was an historic month for malaria:  the World Health Assembly endorsed the WHO Global Technical Strategy for malaria 2016-2030, and the RBM Board approved a new framework for Action and Investment to defeat Malaria (AIM).  Together, these documents provide the strategic, operational and financial basis for malaria partners to move toward 90% elimination of malaria by the year 2030 – which would put us on the frontier of eradication of one of humanity’s oldest foes.

Malaria has been in a position of privilege in the development agenda during the era of the Millennium Development Goals.  The shift to the Sustainable Development Goals marks a profound change in the prominence of malaria’s position – and that of health more generally – within the development agenda.  Attention will increasingly be focused on the interdependencies of issues rather than any single goal or target.  Multi-sectoral integration of malaria control and elimination programs will become a strategic imperative.  The “indivisibility” of the agenda, due to the integrated nature of the SDGs, implies that inter-sectoral linkages will be key to ensure coherence of action.

At the same time, to achieve our newly mandated and highly ambitious malaria elimination, goals will require around $100 Billion for malaria-specific programs over the next 15 years.  The competition for development resources will be fierce.  Malaria has considerable momentum, and benefits tremendously from the existence of the Global Fund to fight AIDS, Tuberculosis and Malaria – that’s one reason why a full replenishment of the Global Fund in June or July 2016 will be so critical.  Increased domestic resource mobilization to support malaria and health programs are also essential to increase malaria finance by an order of magnitude.

Keeping pace with the changing development environment, the RBM Partnership is taking action to evolve its architecture and governance structures to be more fit for purpose, especially in terms of country support and resource mobilization.  As an RBM Board member and a member of the Task Force on Architecture and Governance, I had the honor of taking part in the process of considering how best to foster active engagement of Partners at every level in the coming years.

One thing that has persisted since the inception of the RBM Partnership is the shared desire to have a forum for partners to come together across sectors and geographies to harmonize collective action against malaria, keep malaria high on the global development agenda and secure the resources necessary to achieve a malaria-free world.  The changes adopted by the RBM Board last month and already under way will shape Partnership mechanisms for the next, critical stage of the global fight against malaria — with continued emphasis on representing the diversity of the partnership in a nimble and agile structure, engaging a Trustee Council of global leadership to make sure malaria is represented at the top echelons of the sustainable development dialogue, and to expand engagement of the local private sector to support countries in domestic finance of their malaria efforts.

Malaria has co-evolved with humanity, and the malaria parasite is an adaptive foe — so much so that growing levels of drug and insecticide resistance are recognized as one of most significant threats to our efforts against malaria.  With the evolution of the RBM Partnership we will be better able to attain our shared aim of a world free of malaria — a success which will rank among the greatest in human history.