Launch of Global ‘Me and My Net’ Competition 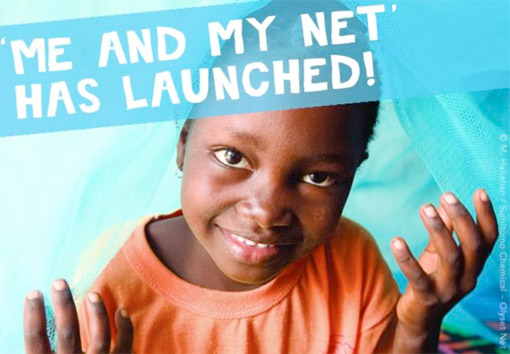 The Royal Commonwealth Society (RCS) in partnership with Olyset Net has launched a global competition to raise awareness of the importance of mosquito nets in malaria prevention.

The ‘Me and My Net’ competition invites 11-18 year olds from the 54 Commonwealth nations to show how they relate to and value mosquito nets using any medium they wish, for example, writing a story, taking a photo or drawing a picture. The competition aims to promote behaviour change in malaria affected countries and help shape future net education campaigns.

The competition will be promoted in schools and through youth and community groups, with a focus on sub-Saharan Africa. The ‘Me and My Net’ microsite will act as the main hub for the project, with entries to be showcased online. Winners will be announced at the end of the year and the overall prize is a trip for one person and a guardian to travel to London to carry their country’s flag at the Commonwealth Observance Day at Westminster Abbey.

The Royal Commonwealth Society press release about ‘Me and My Net’