Latest study supports Olyset® Plus’ ‘PBO in every Fibre’ design 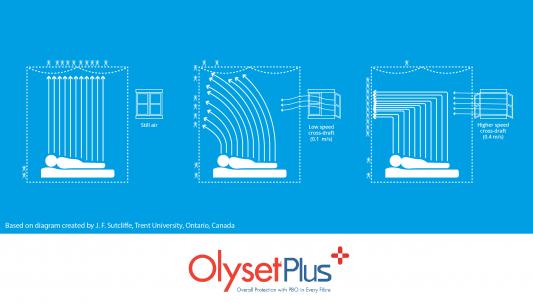 Long lasting insecticidal nets (LLINs) have had the greatest impact of any intervention including drugs in reducing malaria cases and deaths. However, the fantastic gains achieved from the use of these nets is now under very serious threat from insecticide resistance. As only one insecticide class – pyrethroids – has been used since LLINs came onto the market 15 years ago, mosquitoes have developed resistance. Nets give physical protection when intact, however LLINs are often no longer deterring or killing mosquitoes. It has also been shown that the critical community effect that can protect non net users is being lost as well.

It is well known that one of the main types of resistance developed by mosquitoes is metabolic through P450 enzymes. This means that the mosquito is able to metabolise pyrethroids rendering them ineffective. However, knowledge from work in other fields such as aerosol technology shows that the synergist piperonyl butoxide (PBO) acts as a blocker to these enzymes and therefore the activity of the pyrethroid is thankfully restored. With reported resistance growing, Sumitomo Chemical developed Olyset® Plus, a new generation of LLIN based on the proven Olyset Net technology but incorporating PBO into all fibres alongside permethrin.

The main challenges for manufacturers with this new category of nets are two-fold:

Crucially the Olyset Plus net has a steady evolution of PBO ensuring that the PBO and active ingredient permethrin evolve and exhaust at the same rate. Researchers have correctly shown in the past that the majority of mosquitoes go to the roof of the net first as the body odour/heat/humidity from the sleeper will rise vertically. Hence, in designing the net, some manufacturers are logically only putting PBO on the roof of the net. However, at Sumitomo we felt that this was a risky strategy as under some circumstances mosquitoes may attack not only the roof of the net but also the sides.

Sumitomo Chemical’s strategy of putting PBO and insecticide on all sides and roof of Olyset Plus has therefore been proven and its performance will remain unaffected whatever the air movement conditions in the house.