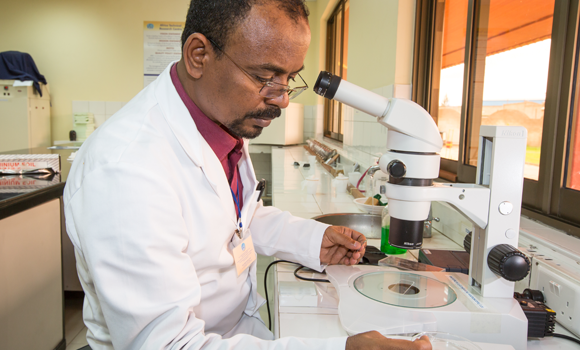 The World Health Organisation (WHO) has announced that vector control interventions will in the future be evaluated using a similar prequalification or PQ process that already exists for medicines, vaccines and diagnostics. The initiative which has been named “Innovation to Impact” (or I2I) is hoped to streamline current evaluation processes with the ultimate goal of delivering new vector control products to market in a more timely manner and assuring the quality of the products that are marketed. This initiative will therefore be very welcome to many stakeholders involved in the control of malaria and other vector borne diseases.

The I2I process is working to streamline the current WHOPES (World Health Organisation Pesticides Evaluation Scheme) process which has been in place for over 50 years. While WHOPES has served us well for decades there is now a clear need for innovation to come to the fore and for innovative vector control products to be ‘fast tracked’ to market if the global health community is to achieve the ambitious goal of eliminating malaria by 2030 (as stated by WHO in their 2015 Global Technical Strategy). The added threat of growing insecticide and drug resistance to current interventions makes this initiative all the more timely.

A central strand of the I2I strategy is to stimulate and accelerate innovation for vector control products and one way of doing this is by protecting the IP of primary data submitters. Ownership of data generated under the WHOPES process has been an issue for many manufacturers as under the current equivalence process primary data submitters can have their data accessed allowing generics to rapidly obtain recommendations at a fraction of the cost and time. Under the new proposals data will be generated under Good Laboratory Practice (GLP) at accredited trial sites which will allow companies to directly fund and own the data generated.

The establishment of GLP sites will take time but when complete will remove a considerable barrier to innovation. It is also worth noting that this approach should help speed products to market as in many case companies would have first contracted out their own Phase I, II and III studies before then approaching WHOPES and initiating the same or very similar studies again, thus not only delaying market entry but also incurring considerable additional and unnecessary cost

The WHOPES process has in the past been criticised for establishing minimum performance criteria (such as 3 years and 20 washes for LNs) which combined with a very price driven market led naturally to limited innovation and quality standards that focused on barely achieving these minimum standards. The PQ process includes pre and post manufacture Quality Assurance which will help maintain product quality. There is also commitment by I2I stakeholders to strengthen the normative guidance process by incorporating customer feedback and developing clear metrics to help value products based on their performance criteria rather than the current minimum standards approach.

Alongside expected improved timelines for market entry of products compared to the present WHOPES process the changes proposed under the I2I initiative should, providing they can be effectively implemented, help transform the current market architecture and stimulate and encourage R and D based companies such as Sumitomo Chemical to continue in their research and development of new vector control tools.