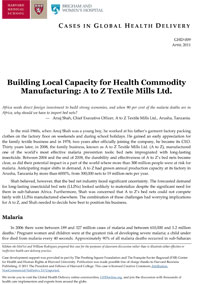 The case study begins with an examination of the evolution of malaria control and the introduction of long-lasting insecticidal bed nets (LLINs), which addressed many of the shortcomings of conventional insecticide treated nets. But the main focus of the paper is on the pioneering initiative by Sumitomo Chemical – in collaboration with the Acumen Fund, WHO, Population Services International, UNICEF and ExxonMobil – to produce its Olyset LLIN in sub-Saharan Africa.

The study examines the criteria employed in selecting, in 2002, Arusha-based A to Z Textile Mills to be Sumitomo Chemical’s manufacturing partner and the decision to distribute virtually all finished LLINs though public sector channels. Once it had established itself as an efficient manufacturer, A to Z signed a 50/50 joint venture agreement with Sumitomo Chemical – creating Vector Health International. The new arrangement partially financed the production of a new Olyset® Net manufacturing site in Kisongo, near Arusha and, by 2008, annual production capacity had reached 19 million nets.

But, as the study indicates, although the consortium had achieved its original objectives, several challenges arose. A key issue was sustainability.

In the case study, Anuj Shah, CEO of the enterprise, conveyed his hope that donors would appreciate the risks undertaken by A to Z. Establishing East African production incurred higher upfront costs than those found in Asia, where the majority of LLINs are sourced. Moreover, A to Z had built a new factory, purchased new equipment and had required a large support infrastructure to invest in training thousand of employees.

Shah and the founders of the Olyset consortium believed that the value of producing LLINs in Africa went far beyond cost savings and offered the potential for sustainable economic development through long-term investment in the local workforce and economy. Shah believed that “If you spend a dollar on LLINs manufactured in Africa, there will be three benefits: you will provide a life-saving product to protect people against malaria; you will help in creating jobs and alleviate poverty; and you will promote sustainable economic development. We are not asking people for loans; we just need the donor community to see products manufactured in Africa as having the added value of driving three outcomes with the same dollar.” 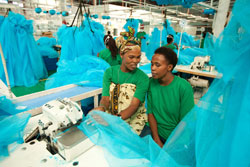 Shah noted that local production of Olyset nets addressed, directly or indirectly, six of the eight Millennium Development objectives. Shah believed that health standards in developing countries would improve if donors focused on health-related programs that simultaneously reduced poverty. He remarked: “Africa needs trade; it needs investments, and you can only do that by looking at the big picture. How do you strengthen the public sector in sub-Saharan Africa? You need to get people a job to earn something – then they’ll have clean water and good health care; they’ll buy an Olyset net and they’ll get two meals a day.”

The case study, one of a 21-part series focusing on systems for delivering health care in resource-poor settings, is now available with a free Educator Basic membership on the Harvard Business Publishing website and is available at no-cost to organizations worldwide. It is being taught at the Harvard School of Public Health as part of the Global Health Effectiveness Program, a 3-week intensive course for health care professionals. The case is also being taught at the Harvard Medical School, Harvard Business School, and MIT Sloan School of Management.

To download the Harvard university study, please use this link: http://cb.hbsp.harvard.edu/cb/web/product_detail.seam?E=2787224&R=GHD009-PDF-ENG&conversationId=333594 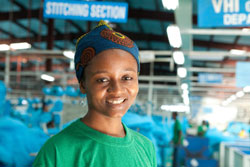 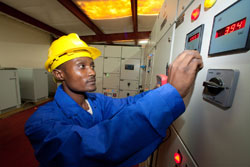 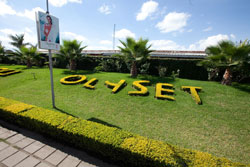 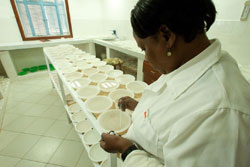